Anthropologists think that early man gathered grain and stored it for later use. Wheat grew in Mesopotamia and Egypt. It was probably initially just chewed.The first breads were made from grains and seeds harvested from existing wild plants. Later it was discovered that the grains could be ground and the ensuing “flour” mixed with water. It was moulded into cakes, which were dried in the sun or baked in coals.

Around 1000 BC, it was thought that  fermentation was discovered, probably by accident. It is believed that some bread was left outside long enough to attract wild yeast spores, causing fermentation. This caused the dough to trap gas bubbles and rise and the technique spread to all countries bordering the Mediterranean. (History of Bread. bread.com.au)

Today I am going to show you what can be done with the store bought dough of a loaf of bread. My family call it a breadbasket and it makes a wonderful Saturday night meal.

Use any vegetables of your choice,  add chunks of chicken if preferred. Lightly stirfry the vegetables  in olive oil and set aside.Don’t overcook as the vegetables will become too soft.

With a rolling pin roll the store bought dough to a thickness of about 2cm. Spread a thin  layer of tomato paste on the base  and add a little grated mozzarella cheese.  Roughly form a basket with your hands on a baking tray, then fill the basket with stirfried vegetables. Sprinkle seasoning over the vegetables.If the dough does’nt stay in  a basket form use toothpicks  to secure the dough to some of the vegetables.

Just an ordinary woman heading towards a new phase of life, now evolving from writing a diary to blogging View all posts by purpleviolas

One thought on “Our Daily Bread”

Just an ordinary woman heading towards a new phase of life, now evolving from writing a diary to blogging 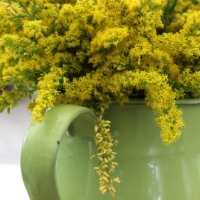